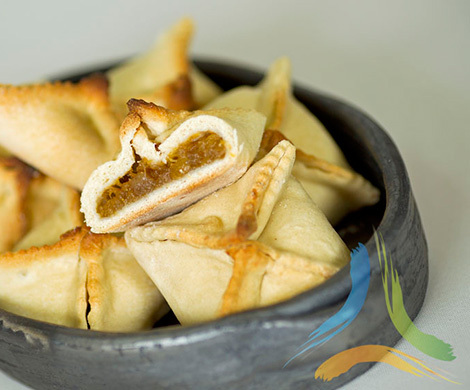 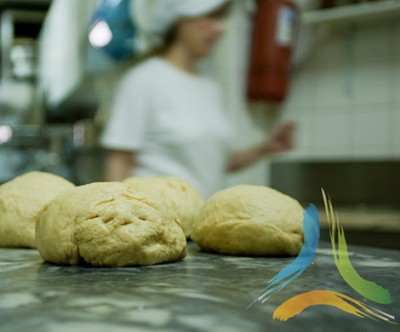 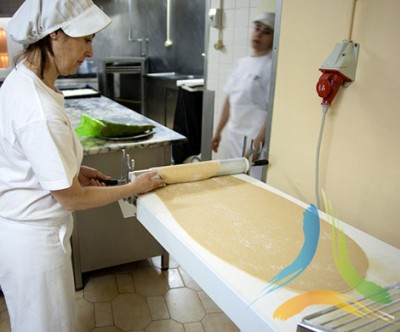 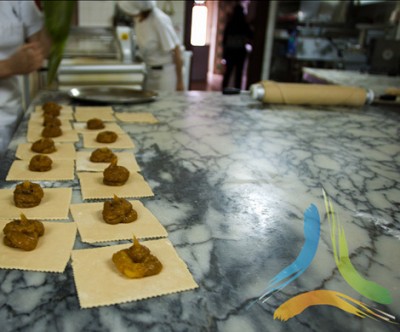 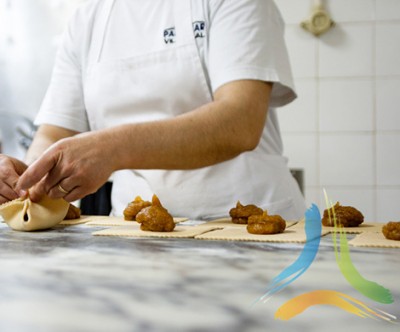 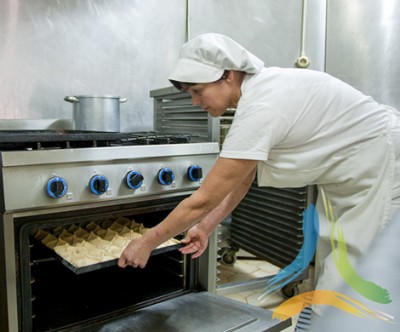 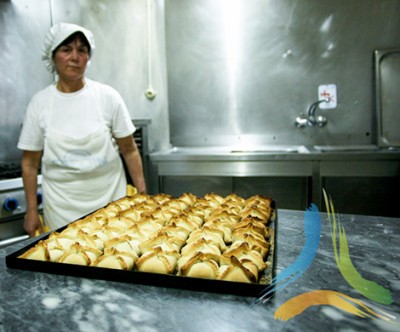 Made from pumpkin and cinnamon, the pito de Santa Luzia is another of the legacies that escaped the walls of the Convent of Santa Clara. From this house of worship, opened in the district capital in 1602, originated some of the most famous​...

Made from pumpkin and cinnamon, the pito de Santa Luzia is another of the legacies that escaped the walls of the Convent of Santa Clara. From this house of worship, opened in the district capital in 1602, originated some of the most famous Trás-os-Montes sweets.
This kind of parcel was created by one of the Vila Real Poor Clares and remains alive today thanks to a tradition that has been strengthened over the years. Girls give a pito de Santa Luzia to boys who, in return, offer them a São Brás gancha.
The pito de Santa Luzia is a coarse pastry, whitish yellow in colour, whose shape resembles a parcel, stuffed with pumpkin and cinnamon."
Rosa Cramez Rosa, owner of Casa Lapão, explains its distinctiveness: "Almost all convent sweets are rich and fine, but the pito, by contrast, is not. It is made with a very coarse dough, similar to bread dough, and stuffed with pumpkin jam. This is why I believe that its origins are humble."
The gluttony of the nun
There are various versions of the origin of this sweetmeat. It is assumed, however, that it was invented by Maria Ermelinda Correia, a servant at the convent.
It has always been said that Maria, who went on to become a novice, had a very sweet tooth, and was skilful when it came to making sweets. It would also have been this cardinal sin - gluttony  that led her family to seek the grace of the cloister, hoping to make her virtuous.
Later, she took the habit of a nun and became Sister Imaculada de Jesus. It is known that she was already a devotee of Saint Lucia, patron saint of the blind, and it is believed that it was for this reason that this sweet was dedicated to her.
This gastronomic speciality, with the suggestive name of pito, was made and sold between October and December, because at that time of year there were plenty of pumpkins. "It was a popular sweet because the abundance of ingredients made it very easy to make. This leads me to believe that the recipe did not come from the convent, but some do say it was a nun who made it," says Rosa Cramez.
These days, the sweet is made following strictly the methods of the past and using the same products used at the time. "The process is very artisanal and uses our local ingredients. The pumpkin is from here, and it is peeled and cooked by us. What has changed is that now we have pumpkin filling for the entire year, unlike in the past when it was a seasonal sweet", she adds.
A not too catholic name
This example of Vila Real sweet making is sold all year round and requires a daily output of about 20 dozen, in Casa Lapão alone. Demand increases exponentially at the time of the feast of Saint Lucia (13 December) when girls offer the sweet to boys.
I find it interesting that the tradition is kept and people make a point in coming here to buy the pitos as part of a ritual that they see as important to uphold, the owner says. No-one knows where the name of this sweet comes from, but popular wickedness soon gave it erotic undertones.
Tradition has it that, one morning, Maria Ermelinda Correia had gone on her rounds to replace dressings on patients, many of whom had swollen eyes. In those days, the most common remedy was linseed poultices.
This medicine consisted of placing a moist mass in square bits of cloth. Then, the corners were folded down towards the centre to keep the content inside and they were applied as if they were dressings.
Inspired by the shape of the poultices, Ermelinda went to the kitchen, made a dough and cut it into small squares. She prepared a pumpkin jam with sugar, folded the dough down in the same format and baked it.
On her way to her cell, she bumped into the Mother Superior, who was short-sighted, but asked her what she was carrying. These are linseed poultices, Mother For my patients wholl come tomorrow. This was, so the story goes, how they were invented.
The pito de Santa Luzia is one of Vila Reals gastronomic trademarks, much appreciated by tourists, who seek it out when they visit the Douro.